Three-plus Pittsburgh funny guys are launching a line of greeting cards only available at Gi’n’ Iggle stores in Western Pennsylvania, where people know what that means. 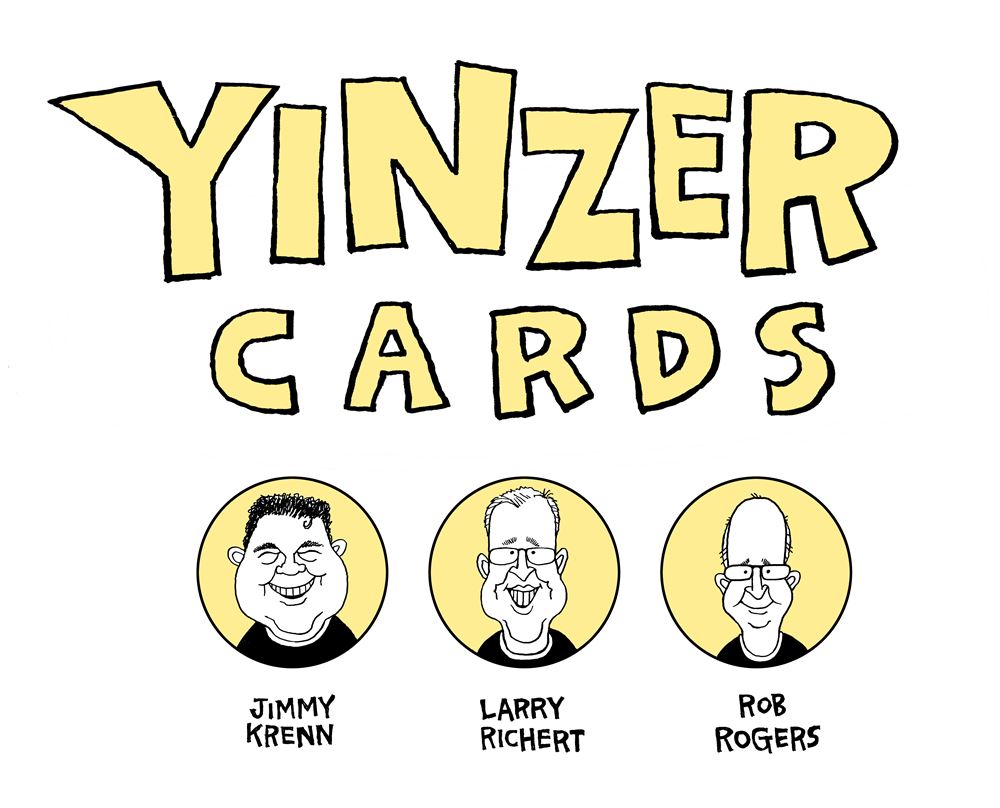 The artwork and the text are pronouncedly Pittsburghese, the dialect often spoken and even more widely appreciated by yinz who shop at the 42 Giant Eagle and Market District stores where the cards are being sold exclusively in Allegheny, Washington, Westmoreland and Butler counties.

The cards — two dozen ones for birthdays and other occasions and holidays  — are $4.99 each, with 10 percent of net proceeds going to Animal Friends, a charity long supported by Mr. Krenn.

Their creation is a team effort that doesn’t seem to take much effort. Sounds more like a party.

“Believe me, we’ve had many meetings where we’re laughing 85 percent of the time,” says Mr. Roberts. “It’s been fun putting it all together, and hopefully we can do some good for Animal Friends.”

The Mother’s Day message is a little untraditional, including the couplet, “You sent me to buy your smokes and your beer/ But to me you’ll always be Mum of the Year.” He’s doing this new and different kind of writing by channeling his longtime yinzer character, Stanley P. Kachowski. The mum in his card is Mr. Krenn’s mother, Lu, the kind of woman for whom breakfast is a cigarette and a Dr Pepper. Fans can meet all five guys, if you count Stanley, at Yinzer Cards launch events on Wednesday — at 11:30 a.m. and 4 p.m. at the Market District at Settlers Ridge.

They’ve also lauched a website, http://yinzercards.com where the cards “and other merchandise ’n at” are to be available to order soon.